When you hear the name Eugene Domingo, what do you usually associate her name with? Most of you might associate it with comedy shows and films, and that is exactly what I did when I first heard about her role on “Barber’s Tales” and boy was I in for a surprise.

She’s not doing Comedy at all for this one! She’s completely serious and it’s the least of what I expected cause I don’t recall her ever doing anything out of Comedy… or maybe that’s just me not watching and remembering much of our local movies. 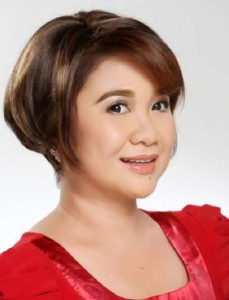 Barber’s Tales revolves around newly widowed Marilou who inherits the town’s only barbershop from her husband — a business that has been passed down by generations of men in her husband’s family. With no other means of support, she musters the courage to run the barbershop. Despite the skills she gained from years of observation and assisting her husband, as a female barber she fails to attract any customers. Nevertheless, things take an unexpected turn when Marilou discovers what she is truly made of — in the midst of mockery from men, and the support of an unexpected circle of sisters.

Set at the onset of martial law during the Marcos dictatorship in the 1970s, the conservative setting of Barber’s Tales provides the perfect backdrop against which I explore the social taboos and moral values of the time to tell the story of Marilou, a woman who is caught between old traditions and modern dilemmas. Recently widowed and childless, she supports herself by continuing her husband’s barbershop. But as the first female barber in a male dominated small town, her liberal views and practices are met with opposition. As the entire country is stripped of its basic rights, Marilou must find the courage to stand out and stand up for herself.

As the title suggests, Barber’s Tales is structurally a narrative made up of tales from the barbershop, vignettes about Filipino rural life held together by themes that have personal resonance, including sexuality, identity and self-liberation. Barber’s Tales is the second in a planned trilogy set in rural Philippines. Each film is a character study about varying kinds of isolation. Bwakaw (2012) tells the story of a grumpy aging gay man who thinks that all there is to look forward to in life is death. Mga Kuwentong Barbero (Barber’s Tales, 2013) is about a widow imprisoned by gender expectations in the 1970s. Ama Namin (Our Father, now in preproduction) follows the plight of a boy who enters the seminary to be with the only family he has left: his father, who is a priest. Prior to production, Barber’s Tales won 4 awards, including Best Project, at the 2013 Hong Kong Asia-Film Financing Forum, an annual project market for international filmmakers and financiers.

What inspired you to pick the story of a lady barber to tell as the second installment?

Barber’s tales is actually an old screenplay I have been developing since 1997 when it won in a national screenwriting competition in Manila. Thematically, I feel that the story fits in nicely with the issues of identity and choice that I explored in Bwakaw. But unlike Bwakaw, which is very personal and intimate, Barber’s Tales plays on a bigger canvass, and covers the tumultuous years of the Marcos dictatorship, the ramifications of which are ultimately universal and relevant up to now.