General Luna is an all-female band launched by Warner Music Philippines two years ago, they seem like the perfect match, all of the members were pretty and their group’s  name commanded fear and respect. 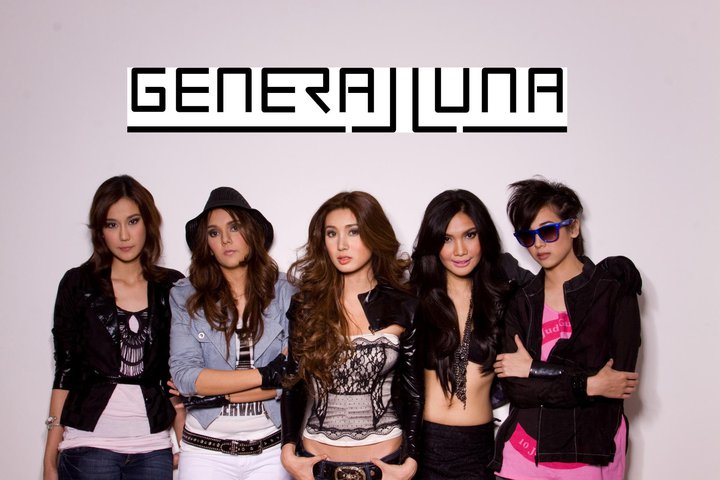 In one of its early gigs at SaGuijo in Makati, a curious crowd was on hand to check out the band. A few week later, a review of that performance come out on the inquirer:

There was a hint of nervousness as the girls took some time before kicking off their first number. But as the music commenced in a blast of loud, guitar drenched sonic wall like jet fighters whirring overhead, we tought there might be reason to belive that General Luna is worth the attention.

Nicole Asencio is no Sampaguita, but the young singer has the attitude to go with her bluesy wails. Caren Magarand dosen’t have a guitar goddess pose, yet she delivers the riffs that mattered most to the predominantly male audience. Audry Dinonisilo, the other guitarist, and Alex Montemayor, the bassist, may not be that aggressive yet in their playing, but they certainly knew how to stick up to the rhythm. Bea Lao played the drums loud that night, but not so much in a show-off mannger, perhaps more in an attempt to emphasize her time-keeping role in a band that’s only starting out – no matter if they girls have had previous experience

They launched a new album called “Different Corners” a few months back. Here is a shortish interview..