A Malaysia Airlines Flight MH370 bound for Beijing, China from Kuala Lumpur, Malaysia has lost contact with Air Traffic Control on 8 March 2014 2.40am. 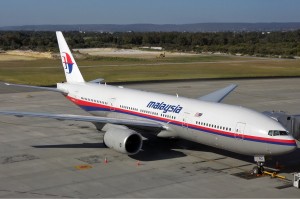 The flight is carrying a total of 227 souls onboard and has been missing for more than 6 hours.

Malaysia Airlines have started contacting Next-of-kin, people are starting to get worried that Flight MH370 may have gone down along with 227 souls onboard.

Malaysia Airlines VP of operations told CNN that the aircraft had atleast 7 hours of fuel onboard and it should’ve ran out an hour ago. Hopes are starting to lower as time marches on.

We deeply regret that we have lost all contacts with flight MH370 which departed Kuala Lumpur at 12.41 am earlier this morning bound for Beijing. The aircraft was scheduled to land at Beijing International Airport at 6.30am local Beijing time. Subang Air Traffic Control reported that it lost contact at 2.40am (local Malaysia time) today.

Flight MH370 was operated on a Boeing B777-200 aircraft. The flight was carrying a total number of 239 passengers and crew – comprising 227 passengers (including 2 infants), 12 crew members. The passengers were of 13 different nationalities. Malaysia Airlines is currently working with the authorities who have activated their Search and Rescue team to locate the aircraft. Our team is currently calling the next-of-kin of passengers and crew.

Focus of the airline is to work with the emergency responders and authorities and mobilize its full support. Our thoughts and prayers are with all affected passengers and crew and their family members. The airline will provide regular updates on the situation. 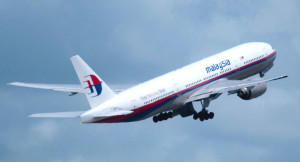 Malaysia Airlines has made a Press Statement Regarding the situation.

Malaysia Airlines is currently working with the authorities who have activated their Search and Rescue team to locate the aircraft. The airline will provide regular updates on the situation.

Hamilo Coast through its developer, SM Prime’s Costa Del Hamilo, Inc. safeguards a 20-hectare mangrove forest, the largest of its kind in Nasugbu, Batangas. Together with the World Wildlife Fund for Nature Philippines (WWF-Philippines), Hamilo Coast continues to preserve over 50,000 mangrove trees to date as it remains committed to its advocacy for environmental and […]

Climate change is real and Filipinos are among those who can attest to the devastating effects it brings to everyday life. Faced with about 20 typhoons a year, the Asian Development Bank reported that the total impact from storms have reached about US$20 billion from 1990 to 2020. It causes a temporary disruption due to […]

As part of the company’s sustainability efforts, SM Supermalls, through its corporate social responsibility arm SM Cares, is once again joining the world in observing Earth Hour, with this year’s theme “Shape Our Future,” focusing on how we can work together in halting and reversing climate change and nature loss by 2030. Earth Hour is […]