adobo Run After Dark 3!!! Yeah you got that right, after dark! adobo Magazine, the

country’s premier advertising and brand communications publications presents its third addition to the oh so talked about, adobo Run After Dark, the magazine’s trademark Halloween-themed night run and flagship event of the year.

Expect an estimated of 5,000 runners at the SM Mall of Asia complex on October 20, 2012. The assembly time is after sun down and first gun start is 6:30 PM for the 15k, and 7:00 PM 7:30 PM respectively. But don’t think about this as just an ordinary night run, because this is a party with a run! Live music, fireworks, spectacular performances, and you have ‘free flowing beer’. Everything that you need to have fun after walking … *cough* I meant running 5K, 10K, or 15K. 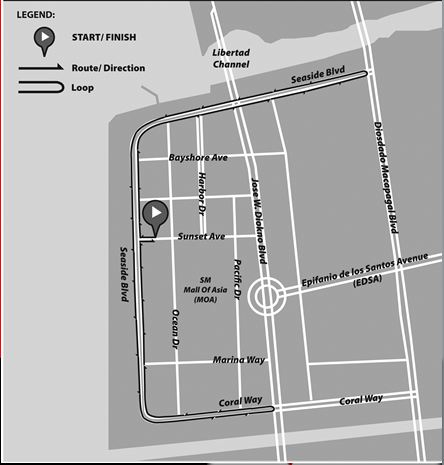 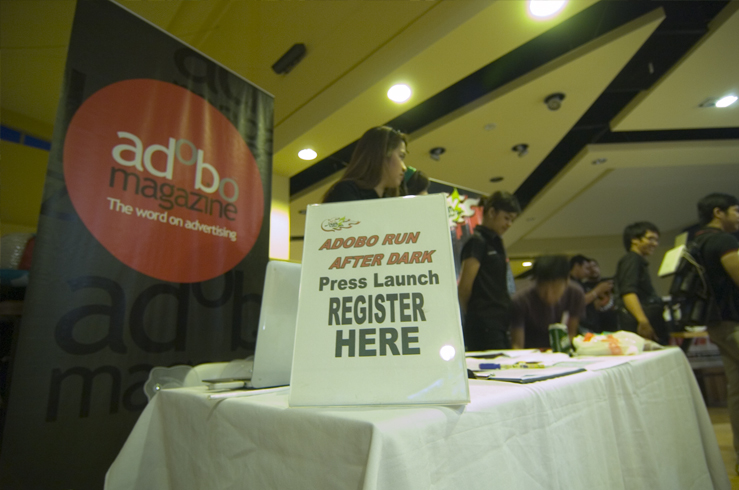 Registration is from September 1 to October 15 for online registrations, and September 10 to October 17 for onsite registration. You can register onsite at any branch of the following locations: R.O.X. and Runnr, both in Bonifacio Global City, Second Wind at 45, Malingap St., Teacher’s Village, Q.C. and at the adobo magazine office at OPVI Center, 2295 Pasong Tamo Extension, Makati’ and at www.adobomagazine/adoborun for online registrations. What you get for what you pay for is the following: Singlet, Timing Chip, Race Bib with Celebrity Adobo Recipe, and a Race Map.

I haven’t mentioned this yet … but every race bib comes with a Adobo recipes from famous celebrities like Judy Ann Santos, Kris Aquino, Ogie Alcasid and lots more. All of the proceeds from the registrations will be sent to the My Shelter Foundation, headed by social entrepreneur Illac Diaz. adobo Magazine launched their ‘Isang Litrong Liwanag’ at the last year’s adobo Run After Dark, and since then it has caught wordliwde recognition and got the support of United Nations for the grassroots lighting program. Visit www.aliterforlight.org for more information. 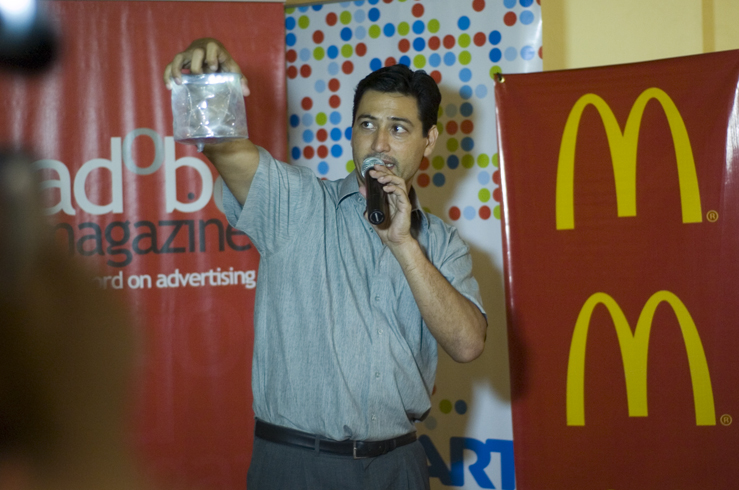 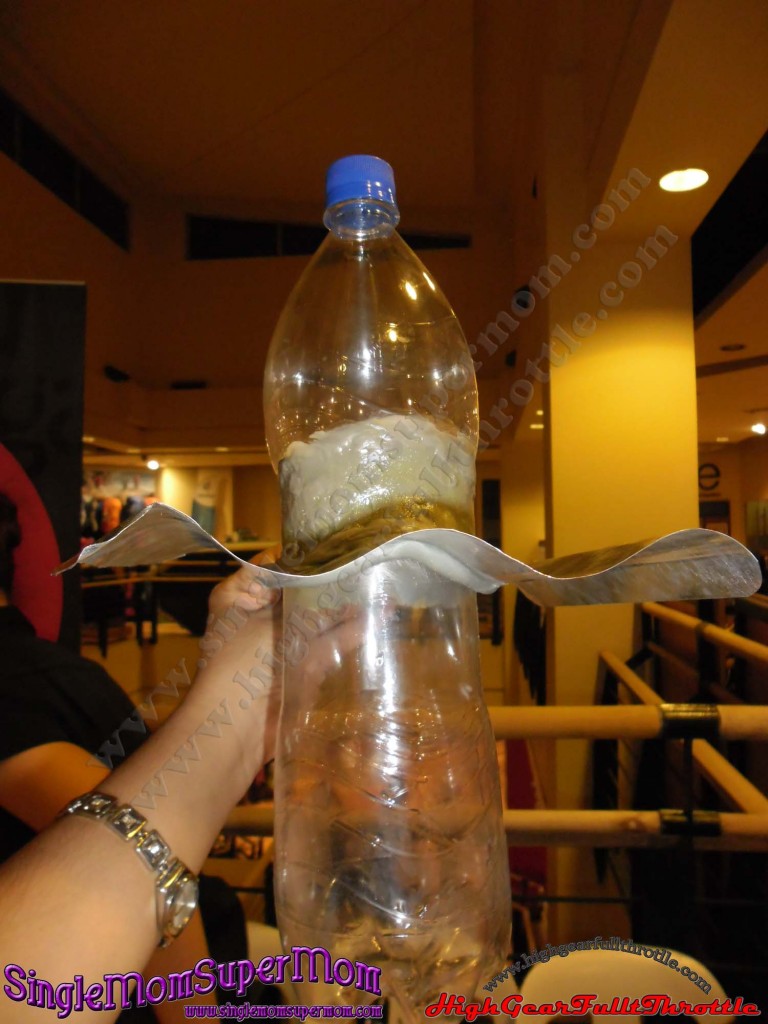 Organizing this year’s race is Princess Galura of Event King who is behind other popular and successful running events such as the Condura Skyway Marathon, NatGeo Run, and Alaska’s Iron Man competition, among others. Event King’s participation promises to raise the bar further on technical aspects of the run, while ensuring a fun time to be had by all. 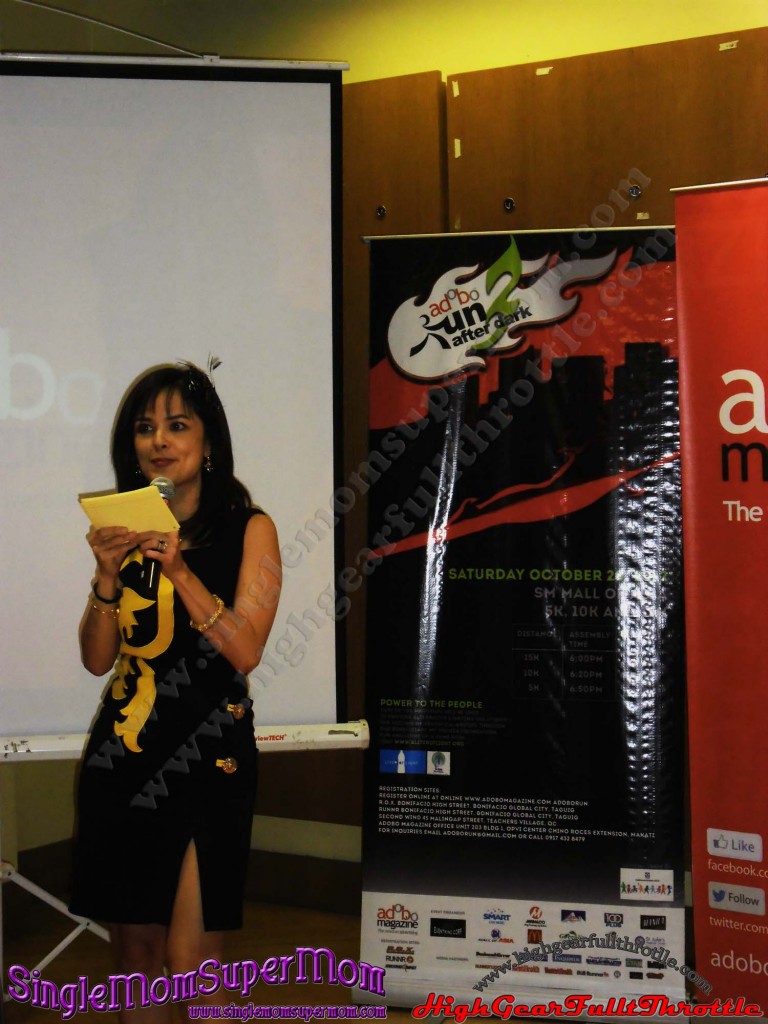 Learn more about this by going to http://www.adobomagazine.com/adoborun/

When the five-month-old son of Marissa Santos had recovered from measles, more commonly known as “tigdas,” Santos thought that that would be her son’s last encounter with the measles virus. Six years later, Santos’ son started to show symptoms of a rare and serious complication caused by measles—subacute sclerosing panencephalitis or SSPE. Santos says she […]

As the country continues its fight against the COVID-19 virus, Clorox Philippines, one of the country’s leading providers of cleaning and disinfecting products, collaborated anew with various local government units (LGUs) to provide Clorox Expert Disinfecting Wipes to people visiting the pediatric vaccination sites, as well as the medical practitioners on-site.  Through this partnership, Clorox […]

Colgate Optic White has come up this year making one lucky bride dream wedding come true. Not only having that perfect white smile in her wedding photo. Her wedding will be captured the by the best Pat Dy and Jason Magbanua. “With Colgate Optic White, there is one wedding woe that you need not worry […]