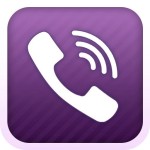 Viber is a pretty app, well before… to send messages, and make calls similar to LINE. Well apparently they now have an application for Windows and Mac! I’m not sure how recent this is, but i can’t seem to see it on Wikipedia when i looked it up.

Yeah this is somewhat new.. looks very similar to LINE Messenger too.

Another application i will probably not be using on a regular basis! It’s not like i use LINE often myself..

According to Viber, the service now has over 200 million users across its various platforms (Android, iOS, Blackberry, Windows Phone, Nokia, Bada, and now Windows and Mac), and this move to desktop might put them in a position to combat some of the bigger players in the field, such as Skype.

Head on over to viber.com and download this application yourself and tell me how useful it is, and if you used LINE, how different or similar it is.