As we drove home from a night of fun and laughter from BAGA Manila we were surprised by the sighting of a convoy of two MAN fire engines, an Ambulance, and a support vehicle in a hurry from the Rockwell area, the convoy quickly sped away and we forgot about them. ( remember to give way to emergency vehicles! )

But to our surprise when we reached the intersection of Dr Jose P. Rizal Ave and the on ramp going to EDSA, there was a HUGE blazing fire! Fire engines were far and few between so we were lucky to get onto the on ramp to EDSA. 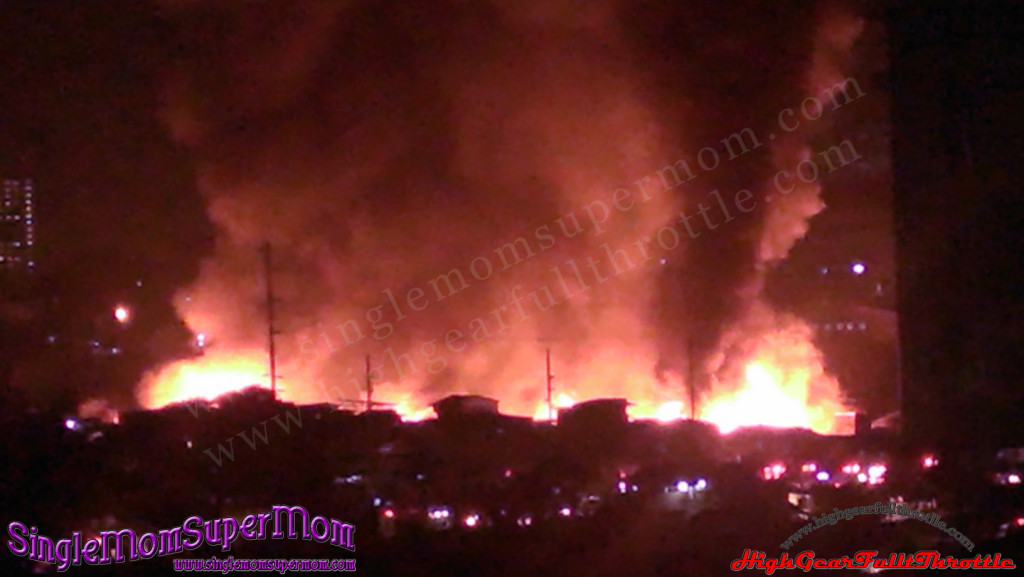 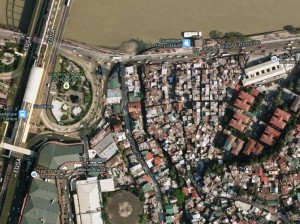 We could hear and see the Fire Engines and Ambulances from behind as the fire started to engulf the densely populated area. And when i say ‘starting’ i do really mean starting, because the fire that we passed by was nothing compared to what came next! ( we were there at about 12:15am ) Below is a video we took from across the river, at Cybergate.

As the fire was starting, workers from the construction site where were standing starting running down the hill to try to save what they can. We were only there until 1AM and as we left one of the workers came back, he only got to save a bag full of items and his electric fan… The fire grew enough to reach the highest alert level of “General Alarm” The cause of the fire has been linked to a couple fighting as detailed below in the quote from The Inquirer.

Superintendent Ricardo Perdigon, Makati fire marshal, said that investigators were looking for a man identified only as “Blue.” He was renting the second floor of the house at 96-B Guijo Ext. in Barangay (village) Cembo where the blaze started.

Witnesses told fire officials that shortly  before the fire broke out at 12:10 a.m. on Sunday, Blue fought with his wife and threatened to burn down their house.

“The neighbors heard him shouting that he would set the house on fire and moments later, neighbors found the house already ablaze,” case investigator, Senior Fire Officer 1 Rorycarl Dalmacio, told the Philippine Daily Inquirer over the phone.

The fire got under control at around 1:42am and was declared a fire out at 3:10am. Two children died at the fire and an estimated 2000 families are affected by the fire.